Coastal Delaware author Cindy Cavett writes stories beloved by both tourists and locals of the peninsula’s coastal beaches. In fact, the beaches play such an integral role in her writing that she often goes by the pen name “Seaside Cindy.”

She writes love stories by the beach and cozy mysteries by the seaside, and lately she’s been especially busy: Three of her short stories, all which take place on the Delmarva peninsula, are debuting this year within the span of three months.

She’s not a Delaware native — Cavett is originally from Philadelphia — but the coastal towns and communities of Delmarva continue to inspire her across every genre.

Most recently, her short story “Rehoboth Beach Break” was published in Running Wild Anthology of Stories, Volume 2 back in March. Cavett lives in Smyrna, and she most often uses the coastal beach towns of Delaware and Maryland as the settings for her stories.

“Beach Break” takes place in, of course, Rehoboth Beach, DE. The story follows a WBOC reporter who’s sent from her office in Salisbury to Rehoboth, where a rogue pirate has hijacked the townspeople’s points from a “Rehobie Points” rewards app.

The story is two parts fiction, one part local history. The pirate in question, Captain Kidd, is said to have buried a treasure chest of gold somewhere in the Lewes area.

“I enjoy promoting the local beaches and businesses and just everything in those areas… including the pirates that used to be around,” Cavett said. “It’s rumored that the pirate’s treasure is still off the coast of Lewes and Rehoboth. Apparently he was friends with Blackbeard.”

Her interest in technology also played a large role in “Beach Break.” She studied cyber security in college before switching to media communications, and her background in both of those areas still lend themselves to her writing.

“I’d like to see technology and apps and even hacking be used more in fiction, but I wanted something lighthearted, too.”

Romance by the sea

In addition to “Beach Break,” Cavett also has two stories coming out in the anthology Beach Love, which she co-edited with Nancy Sakaduski, founder of the anthology’s publisher Cat & Mouse Press.

“Dog-napping in Ocean City” is a “reluctant love story,” as she described it, where an Ocean City cop and a former Delaware cop team up to find a wealthy woman’s dog, and end up bringing down a notorious Ocean City dog-napper in the process.

“Stranded in Fenwick” is also a love story, but one with a dramatic rather than comedic edge; a woman finds herself unlucky-in-love (and life in general) when her fiancé breaks up with her at their engagement party, set at the Fenwick restaurant Our Harvest.

Cavett moved to Delaware in 2011 and “hasn’t looked back since.” By writing, she’s able to dive headfirst into the cultures of the communities on the coast of Delaware and beyond. That’s something she’s especially excited to share with her readers, whether it’s by way of podcasts, articles she’s written for Coastal Delaware and other local publications, or short stories.

“I honestly feel like there’s so much going on in this area that people don’t know about,” she said. “I feel like if I keep discovering that over and over again, I can’t imagine people don’t know how vibrant the Delaware and Ocean City communities are.”

Not to mention how different the communities are, despite being so similar geographically.

“There’s such a contrast between Rehoboth and Ocean City,” she said. “What’s better in a quiet beach town than having some drama happen?”

Some of Cavett’s favorite places to write about — the ones she specifically associates with each town — include the Fenwick Island Lighthouse, The Dough Roller in Ocean City and Browseabout Books in Rehoboth.

In fact, Browseabout Books is where she’ll be signing copies of the Running Wild anthology on April 21 from 11 a.m. to 1 p.m. There she’ll be joined by two other local authors published in the anthology, Gemma L. Brook (who wrote “The Guest” and “Last Memory”) and Laura Nelson Selinsky (author of “Seawall”).

On May 12, also at Browseabout Books, is the launch of the Beach Love anthology. From 2 to 4 p.m., Cavett and Sakaduski will be signing books and hosting the launch party with refreshments and giveaways.

There seems to be an endless supply of art that beautiful beach towns can inspire, but Cavett is also happy to have found a community of writers in the region to collaborate with and support.

“It is amazing to see how many people are writing about the beach towns and Delaware in general,” she said. “Seeing how many talented people are here is mind-boggling to me — Where did you all come from and why did I not hear of you before?”

If you’re able to brave the cold and your tires can handle it, driving through Coastal Delaware makes for a beautiful adventure just after a snowstorm.

I wasn’t able to get down there until a few days after the big storm of 2018 (I’ve heard his name was Grayson?), but for the most part, the snow-covered beaches of Bethany, Lewes and Rehoboth were still pristine and free of footprints. The roads were a bit of a different story–while the highway was clear, the downtown areas and side streets were pretty icy–but drive cautiously and you can still enjoy the wintry scene.

The beaches of Delaware after a winter storm are a far cry from the views you’ll get during the summer, but they’re just as special in their own right. And they have a few things that the summer beaches definitely can’t claim: peace, quiet and sparkling snow over the sand. You can’t go barefoot, but at least you don’t have to wear sunscreen! 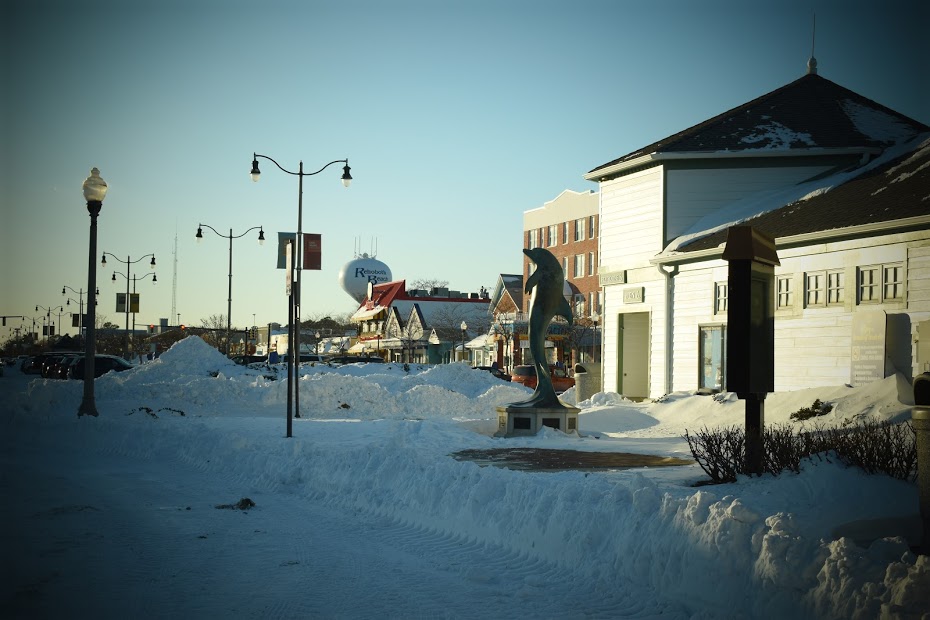 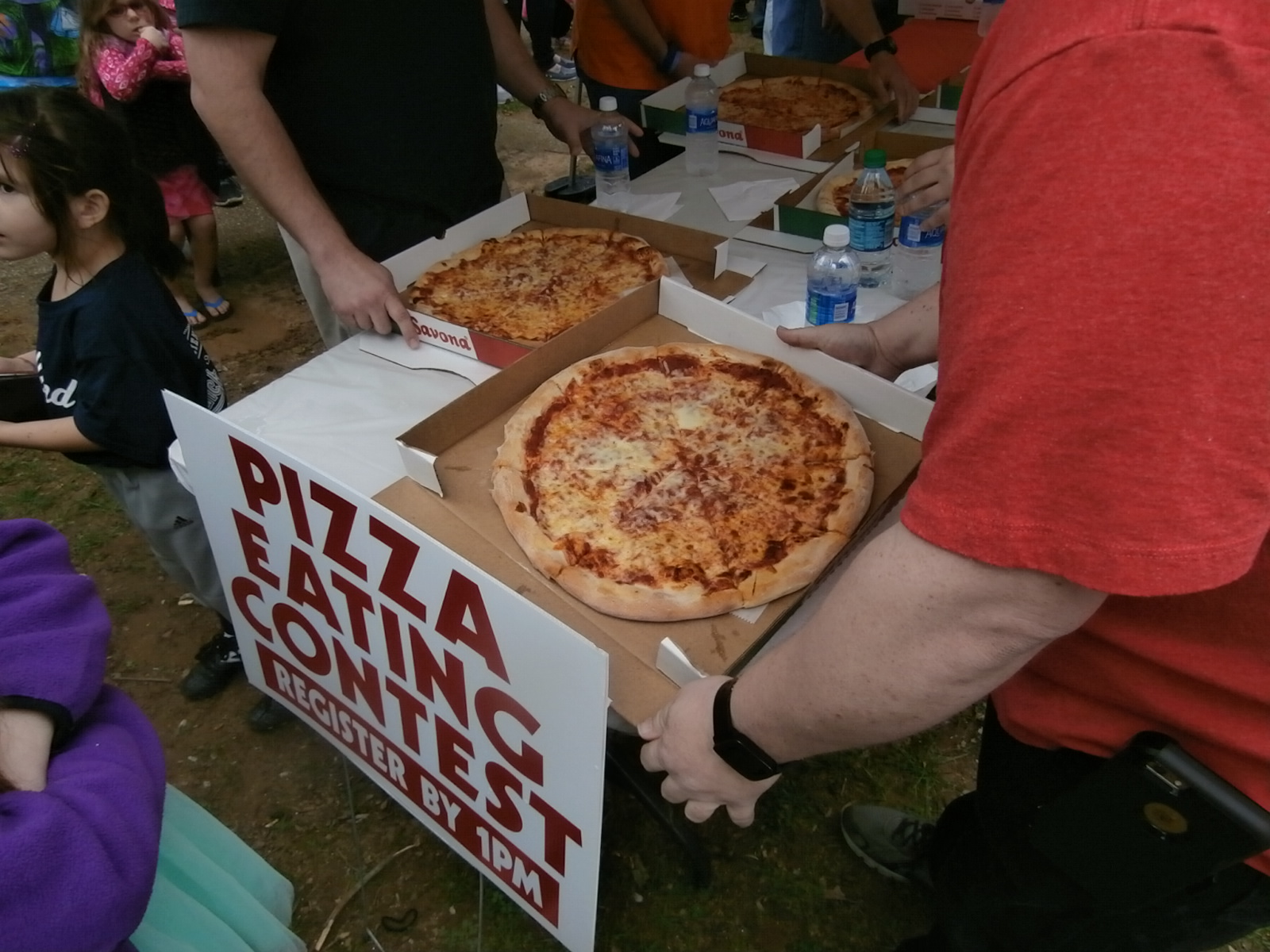 (MILFORD, DE) – APRIL 10, 2017 – Downtown Milford, Inc. and the City of Milford Parks and Recreation Department are pleased to announce that the Pizza Eating Contest sponsored by La Ortolana Pizza Restaurant will be held at the 14th Annual Bug & Bud Festival on Saturday, April 29, 2017 in downtown Milford. The Pizza Eating Contest will take place at 1:30 pm on the grassy area along the Riverwalk between the Milford Library Amphitheatre and Walnut Street. Only a maximum of ten contestants will be selected. The top three contestants will win gift certificates for free pizza and a large bottle of soda courtesy of La Ortolana Pizza Restaurant and the first place winner will also receive $100! If you are 18 years or older and think you’ve got what it takes to eat a large cheese pizza quicker than anyone else, make sure to complete an entry form on location by 12:30 pm and arrive at the event booth by 1:00 pm. RAIN or SHINE, the Pizza Eating Contest sponsored by La Ortolana Restaurant is one of many great activities to take place at the 14th Annual Bug and Bud Festival on Saturday, April 29, 2017 from 9:00 am – 4:00 pm in downtown Milford’s historic commercial district. For more information about the Pizza Eating Contest sponsored by La Ortolana Pizza Restaurant, contact Bug & Bud Festival planning committee member Don Abrutyn at 302-744-8069. Downtown Milford Inc. is a 501(c) 3 nonprofit organization continually promoting quality civic, commercial, and cultural development of the historic central business district, which is the heart of community life in Milford, Delaware. 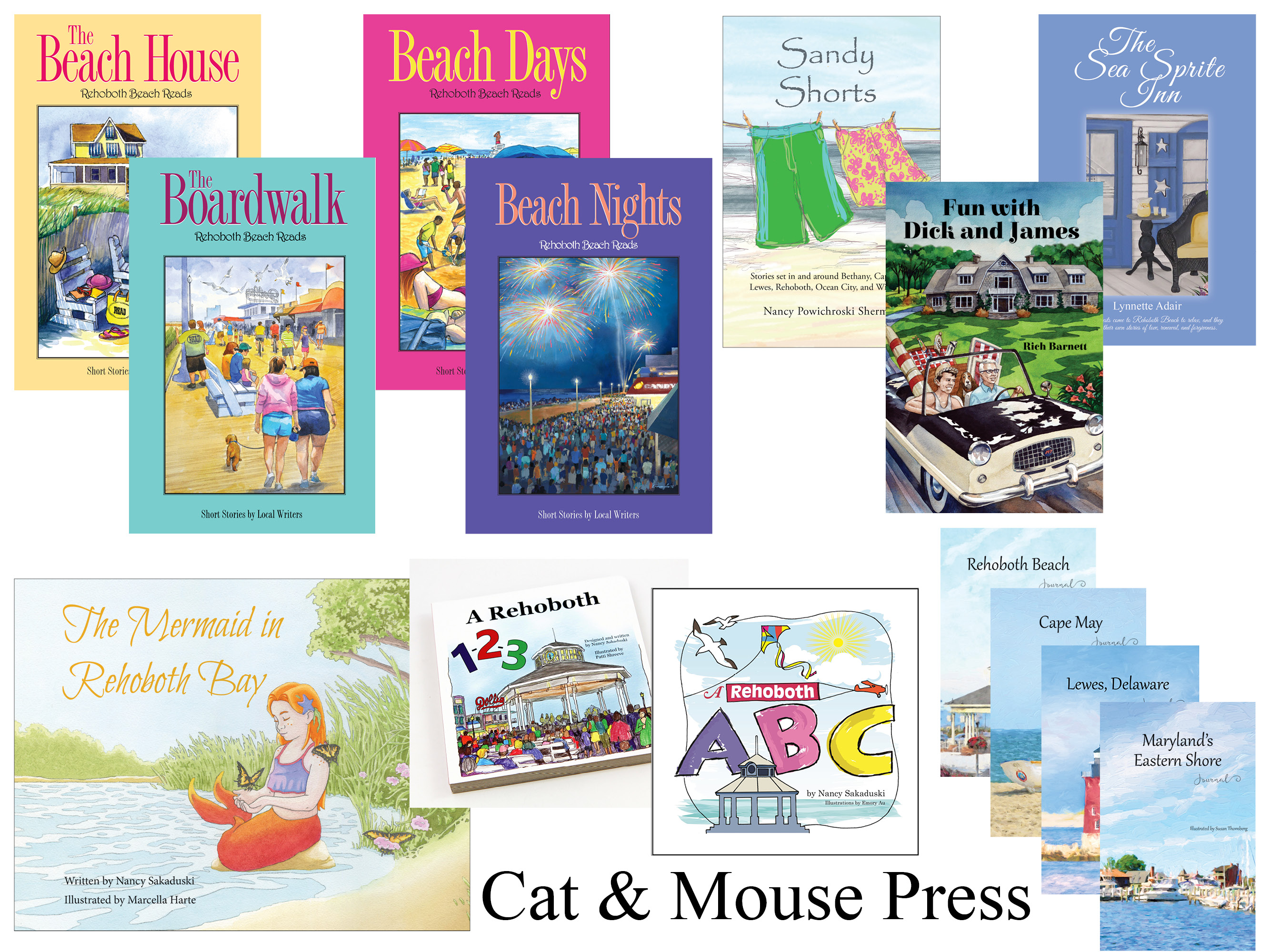 As the list of books published by Cat & Mouse Press grows, so does its number of awards. When the 2017 Delaware Press Association (DPA) Communication Contest awards were announced, the small indie publisher based in Lewes, DE, had garnered eight awards, including first-place awards for three of the books it published in 2016. The entries will now be eligible for the national-level honors through the National Federation of Press Women.

Beach Nights, the anthology of winning stories from the popular Rehoboth Beach Reads Short Story Contest won first place awards for short story collection (multiple authors) and book editing, and two authors in the book placed in the category of single short story: Kathleen Martens (Rehoboth Beach, DE), who received a first-place award for her story “Flight of the Songbird,” and Rich Barnett (Washington, DC, and Rehoboth Beach, DE), who received second-place for “Cooking Lard and Candle Wax.” Other stories in this eclectic collection of beach reads involve a ghostly WWII tower, a couple with an unusual annual tradition, a boy who learns the snow cone king has a secret, an old lady who is inspired to get a tattoo, and a despondent man who is resurrected through the tango.

The Mermaid in Rehoboth Bay, a sumptuously illustrated children’s picture book, received two first-place awards, one for its author, Nancy Sakaduski (Chadds Ford, PA, and Lewes, DE), and one for the book’s design team, which included Marcella Harte (Bear, DE) and James Dissette (Chestertown, MD). The Mermaid in Rehoboth Bay is a story that celebrates the beauty of the sea and tidal areas, and depicts two strong female characters who confront their fears and achieve their goals on their own. The story is inspiring and addresses themes of friendship, girl-empowerment, respect for differences, love of nature, and overcoming fears to achieve your goals.

Fun with Dick and James, a raucous romp penned by Rich Barnett received a first-place award in the category of short story collection by a single author. The stories feature Dick Hunter, a Delaware blue blood who would be perfectly happy to spend his days writing obscure historical biographies, taking naps, and lying on the beach who seems to find himself in one jam after another. Fortunately, his young boyfriend, James Flores, is a natural problem-solver, even though his methods aren’t always by the book.

The Sea Sprite Inn by Lynnette Adair (Wilmington, DE) received a third-place award in the adult novel category. As the book opens, Jillian finds herself in the middle of a perfect storm of stressful situations: newly divorced, her daughter leaving for college, an ailing grandfather, and now responsibility for the run-down family home in Rehoboth. But with the help of some loyal friends and a newly discovered sense of purpose, Jillian turns lemons into The Sea Sprite Inn, a bed and breakfast that serves as the backdrop for stories within the story as the book progresses.

The awards will be presented May 4 at the DPA annual banquet at the University & Whist Club, 805 N. Broom Street, Wilmington, DE. The event is open to the public. A registration link will be posted at http://delawarepressassociation.org.

Our new website is finally up. We’ve worked hard to get a beautiful new site ready and we’re proud to show it off. Thanks for reading our blog. We have lots of great blog posts in the works. Please check back or contact us now to find out how we can help you.