Christmas in Coastal Delaware: Santa’s House is Open for Business 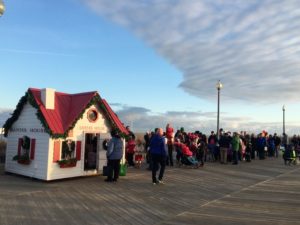 Santa has announced his hours and house location. Santa’s House will be on the Rehoboth Boardwalk at the end of Rehoboth Avenue; Stop by and tell Santa your Christmas wish list. Remember to bring your camera! Santa’s House is donation based.

*Please note the schedule is subject to change.

The Chamber would like to thank the following businesses and individuals for their holiday help to date: City of Rehoboth Beach, Coastal Towing, Murphy Electric, and of course, Mr. Claus.

Didn’t get a chance to see Santa?  You can always leave a letter to Santa in his mailbox on the side of his house.

Have pictures with Santa in Rehoboth Beach that you want to share? Tag the @RehobothDeweyChamber in your Facebook photos. 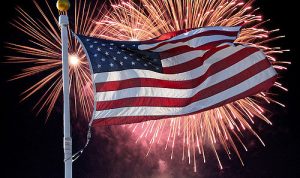 Finally, the day caps off with fireworks that will be shot from a barge off Lewes Beach at dusk. The best visibility is from Roosevelt Inlet to the Cape May-Lewes Ferry terminal.